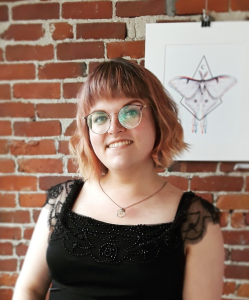 On this week’s Radio Pride, Joe speaks with Jordan Evans and reviews the latest in the historic passage of the Taiwan Gay Marriage Act

Jordan Evans is this year’s award recipient for the Public Service Award is Jordan Evans, Vice Chairwoman of the Charlton Public Library Board of Trustees, who also serves as a town constable and is a Dudley-Charlton Education Foundation board member. Using her personal experience of coming out as transgender, Evans has become a sought-after advocate for the LGBTQ+ community. As part of the “Yes on 3 Campaign,” she was instrumental in having the Charlton Board of Selectmen and Library Board adopt resolutions formally joining the coalition to uphold transgender public accommodations. 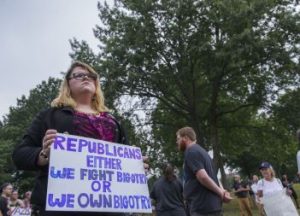 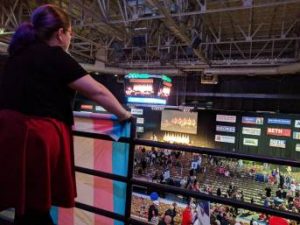 Taiwan legalizes same-sex marriage an a historic first for Asia

Although the island has a large gay community and its annual gay pride parade is the biggest in Asia, the issue of marriage equality has bitterly divided Taiwanese society. In a controversial referendum in November last year, 67% voted to reject same-sex marriage.

In recent months opposing groups have campaigned against same-sex marriage reform, pushing for a law that would see gay marriages redefined as something closer to same-sex unions.

Tens of thousands of people braved pouring rain this past week to demonstrate in favor of same-sex marriage outside the parliament, as lawmakers began voting on three draft bills, one tabled by the island’s Cabinet — which would ultimately prove successful — and two watered-down rival bills tabled by those opposition groups.

Lawmakers in Taiwan have approved this landmark bill by legalizing same-sex marriage, that makes the self-ruled island the first place in Asia to pass gay marriage legislation.

This vote came almost two years after the island’s Constitutional Court ruled that the existing law — which said marriage was between a man and a woman — was unconstitutional. The panel of judges gave the island’s parliament two years to amend or enact new laws.

only a week before the two-year deadline — lawmakers in Taiwan’s Legislative Yuan passed a bill making same-sex marriage a reality. It will go into effect on May 24.

Xiaogang Wei, who heads the Beijing Gender Health Education Institute, called the bill’s passing a historic moment, not only for Asia but for the global LGBTQ rights movement.

He went on to say “It will have a very positive impact on China’s LGBT community, offering us a lot of hope,”  and

“The Chinese government has pointed to cultural tradition as a reason for same-sex marriage being unsuitable in China. But the decision in Taiwan, which shares a cultural tradition with us, proves that Chinese culture can be open, diverse and progressive.”

After the vote, Taiwan’s President Tsai Ing-wen tweeted: “We took a big step towards true equality, and made Taiwan a better country.”